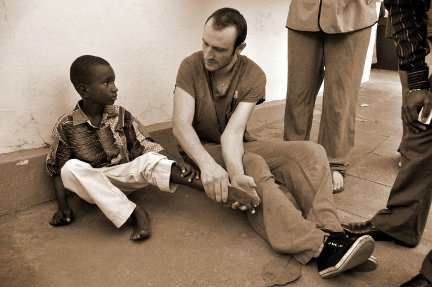 Thanks for following my Journey so far.
God is definitely Good.
I am now married to the beautiful and lovely Suzanne.

Now we're married we're posting updates on a new shared blog,
If you want to keep up to date with our adventures...
Our New blog address is:   theveltjens.blogspot.com 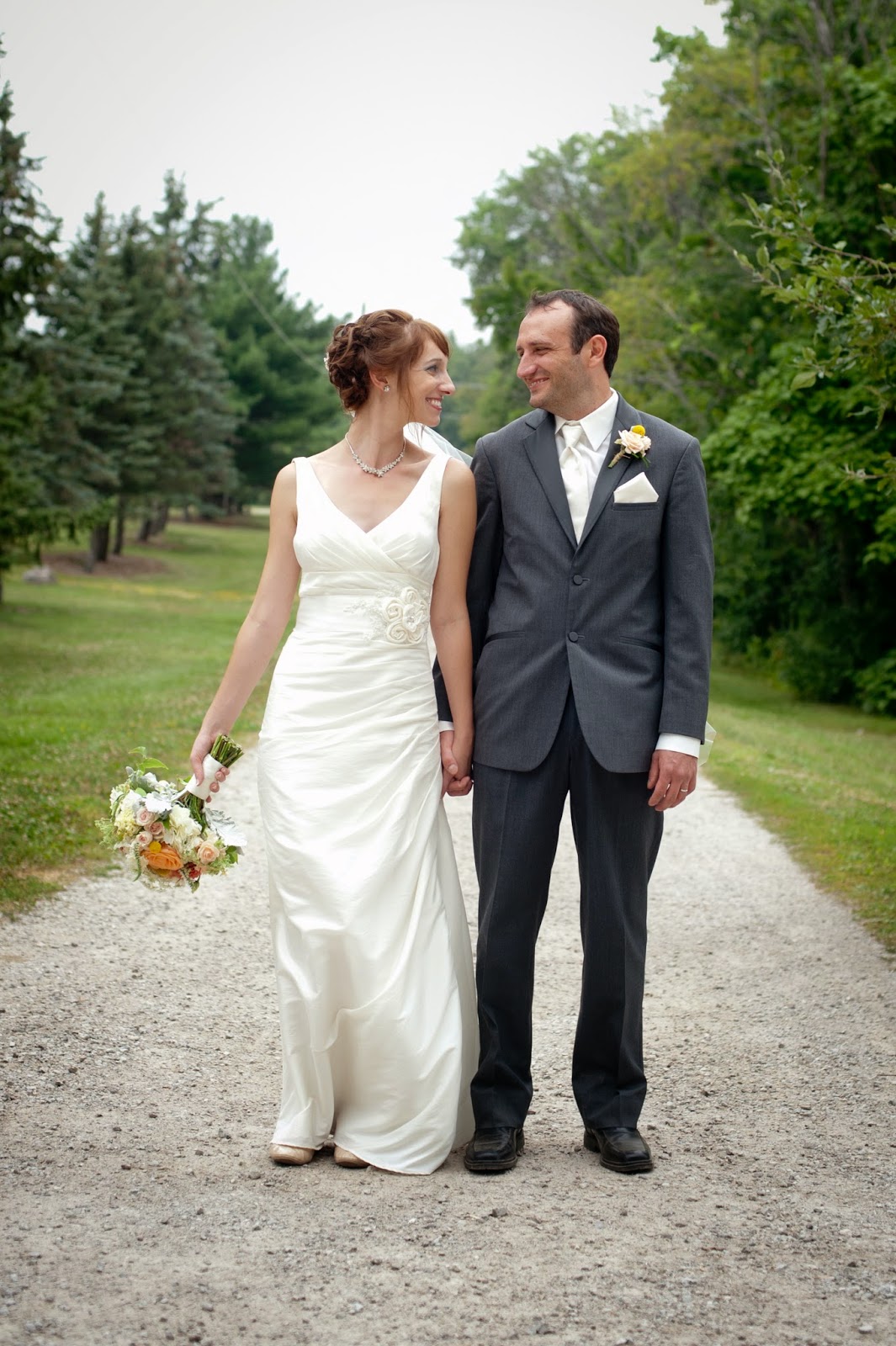 Okay so here is the final instalment of the roller coaster ride that has been my last couple of months.

So an Ebola outbreak hit the south east corner of Guinea. Despite all the international aid that was being provided it still wasn't contained at the time. People continued to die and it continued to spread. It spread to neighbouring countries and Senegal closed its border and international flight companies were cancelling their flights to Guinea. It was basically not the best news...

I honestly really didn’t want to leave but in the end Hope Medical Centre and Mercy Ships made the decision to evacuate me.

The problem was that for me to be evacuated I still needed to pass through the heart of the Ebola Zone. Anyways we prayed for no flat tyres and God delivered :) 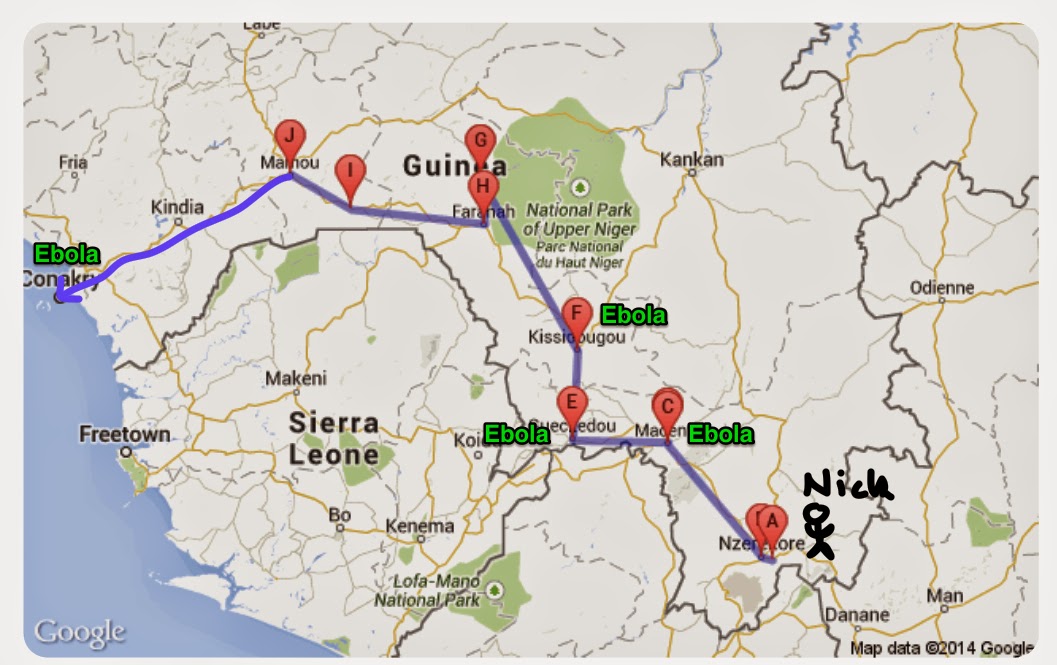 If I am honest it really has been tough leaving half way through the teaching program.

That being said, I can see God’s wisdom and directing hand in evacuating me.

The impression I get from colleagues back in Guinea is that it is starting to get under control now which is great.

This whole roller coaster ride got Suzanne and I thinking about what our next step will be once we are married. 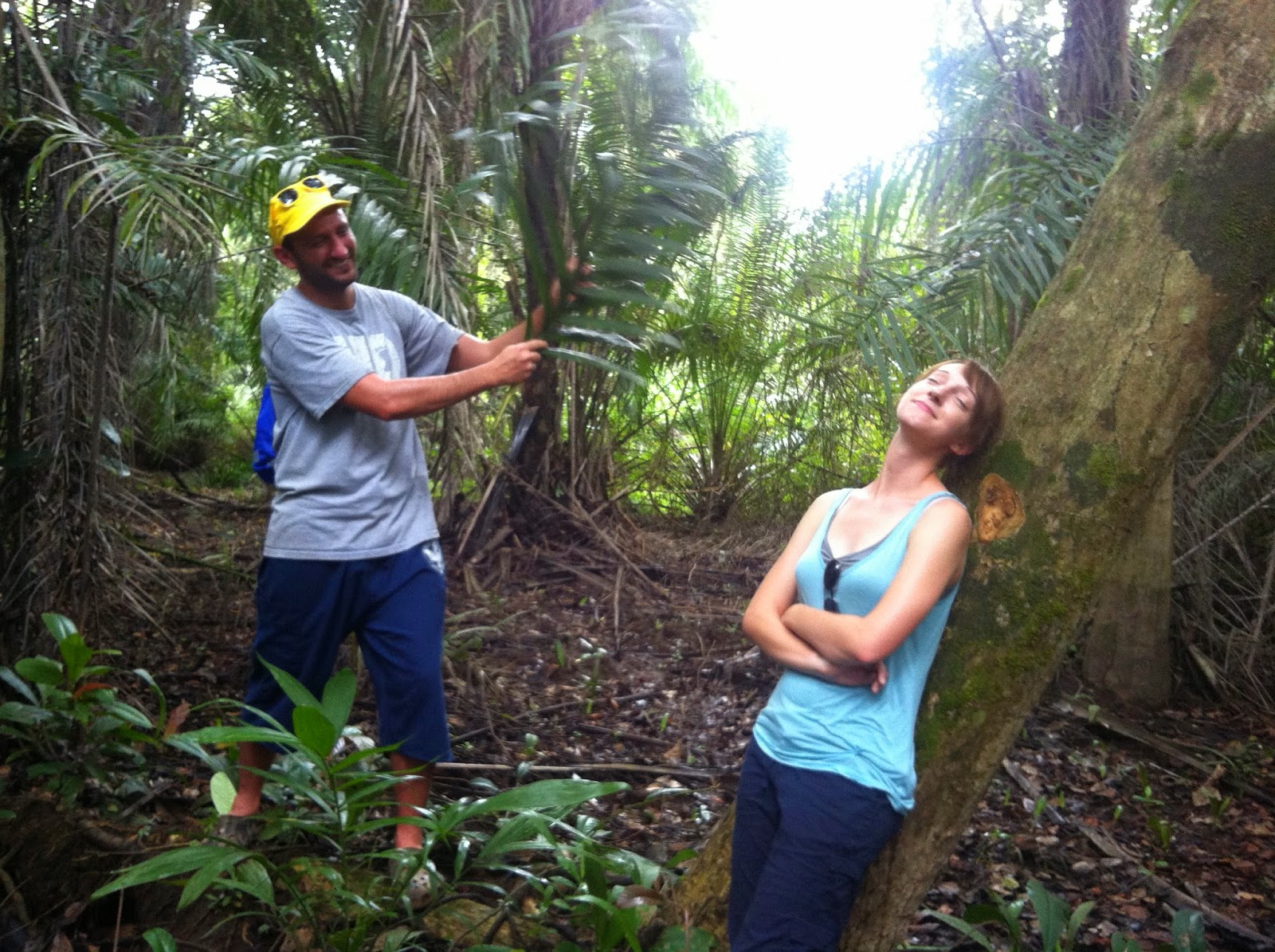 Suzanne and I really do feel called by God to come back to French speaking West Africa, but not until we have some time to get to know each other as husband and wife. 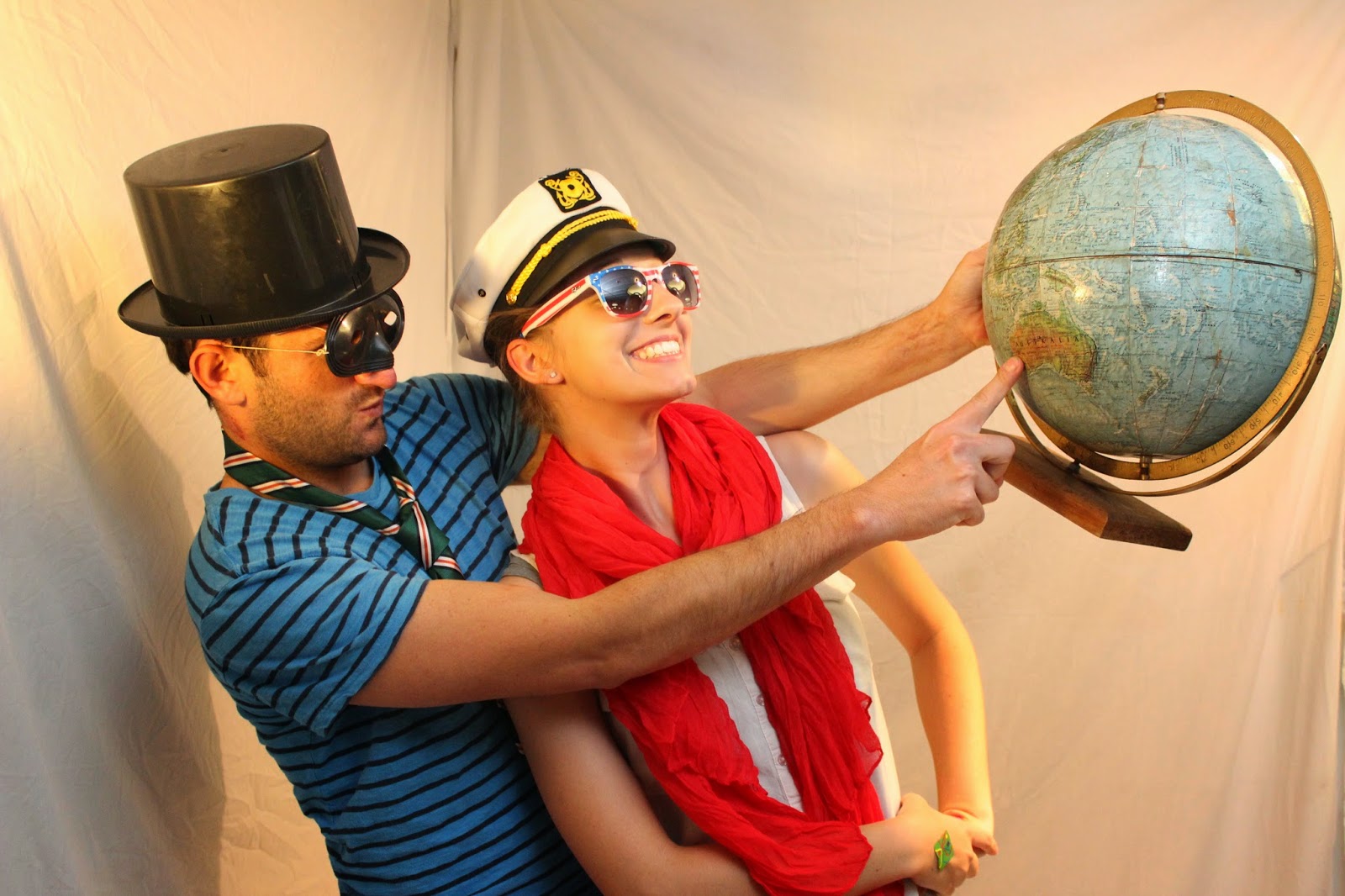 We also want to equip ourselves with the tools to be more effective in French Speaking West Africa so we are going to an immersion school in France to learn French.  Soooooo excited.

And then the plan is to go back to Guinea to finish off the training program.

This map should make things clearer :) 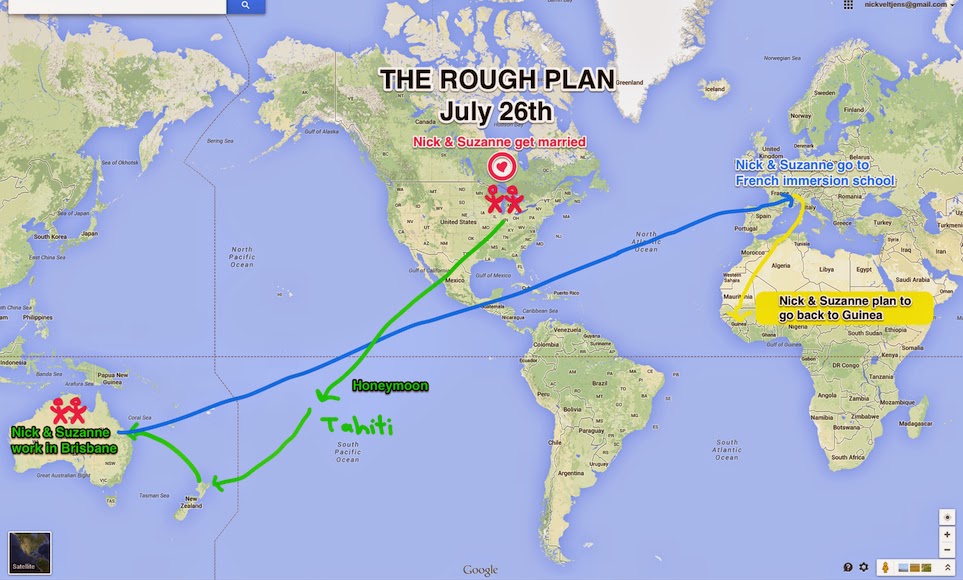 And as for right now, Royal Brisbane has been awesome enough to let me come back to work before the wedding. It’s great to be getting paid to work (strange concept I know :) but I am enjoying it still the same).

So that is the update for now.

God is good
and I am looking forward to the next awesome season He has in store for Suzanne and I.

Posted by Nick Veltjens at 2:36 PM

Okay so the update continues.... The Roller Coaster Ride (Part 2)

So the training program in Guinea was going really great. 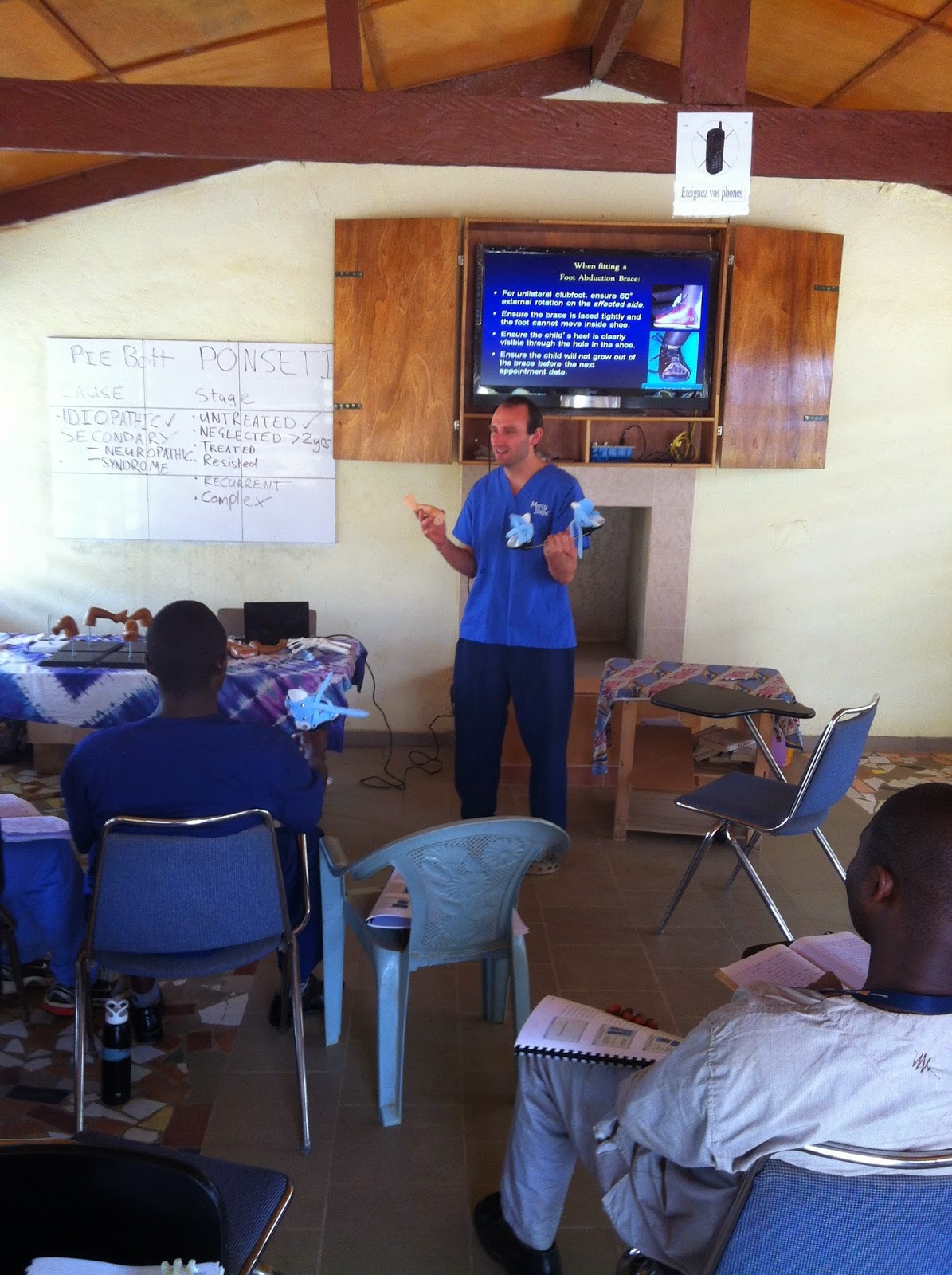 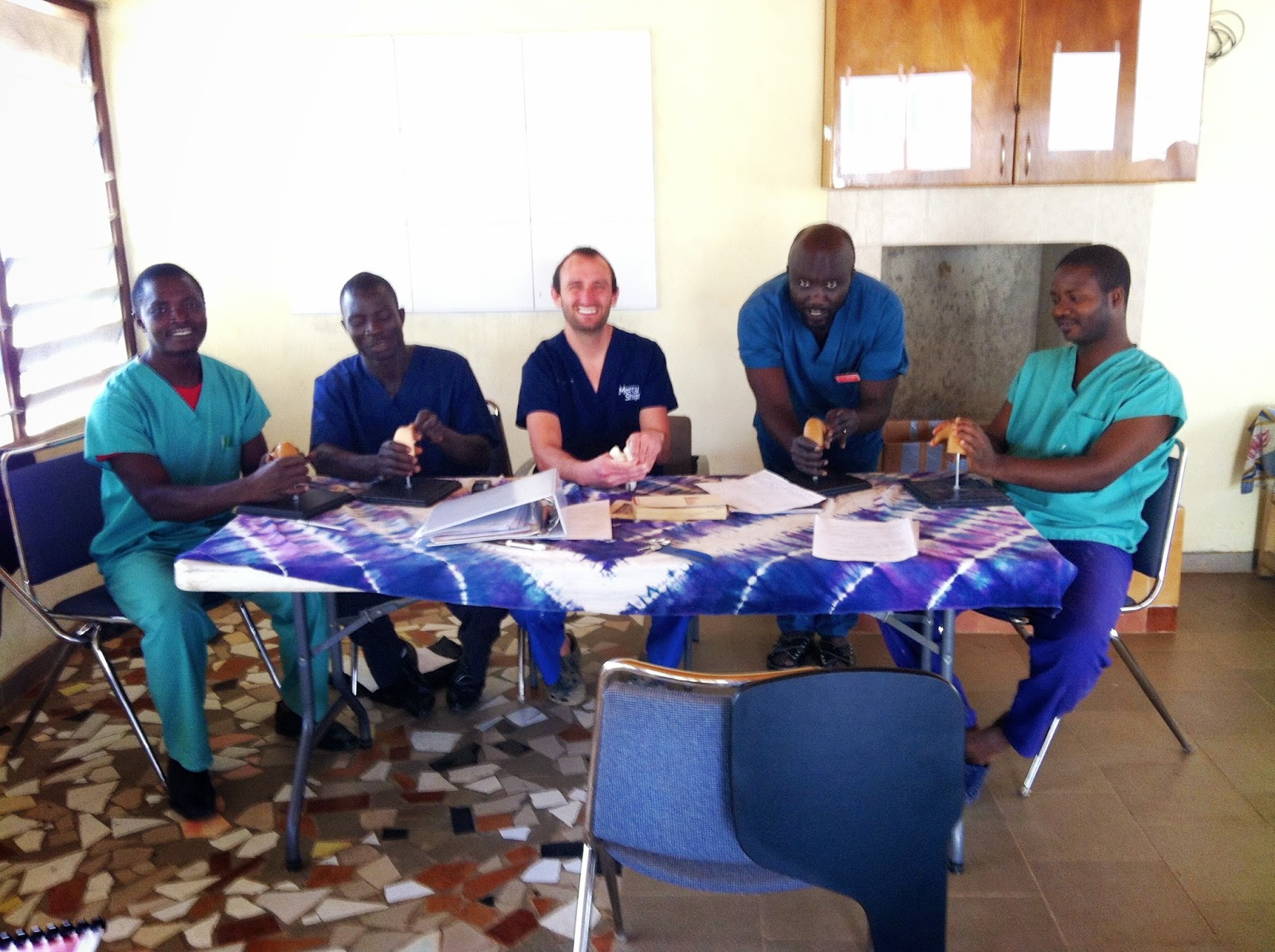 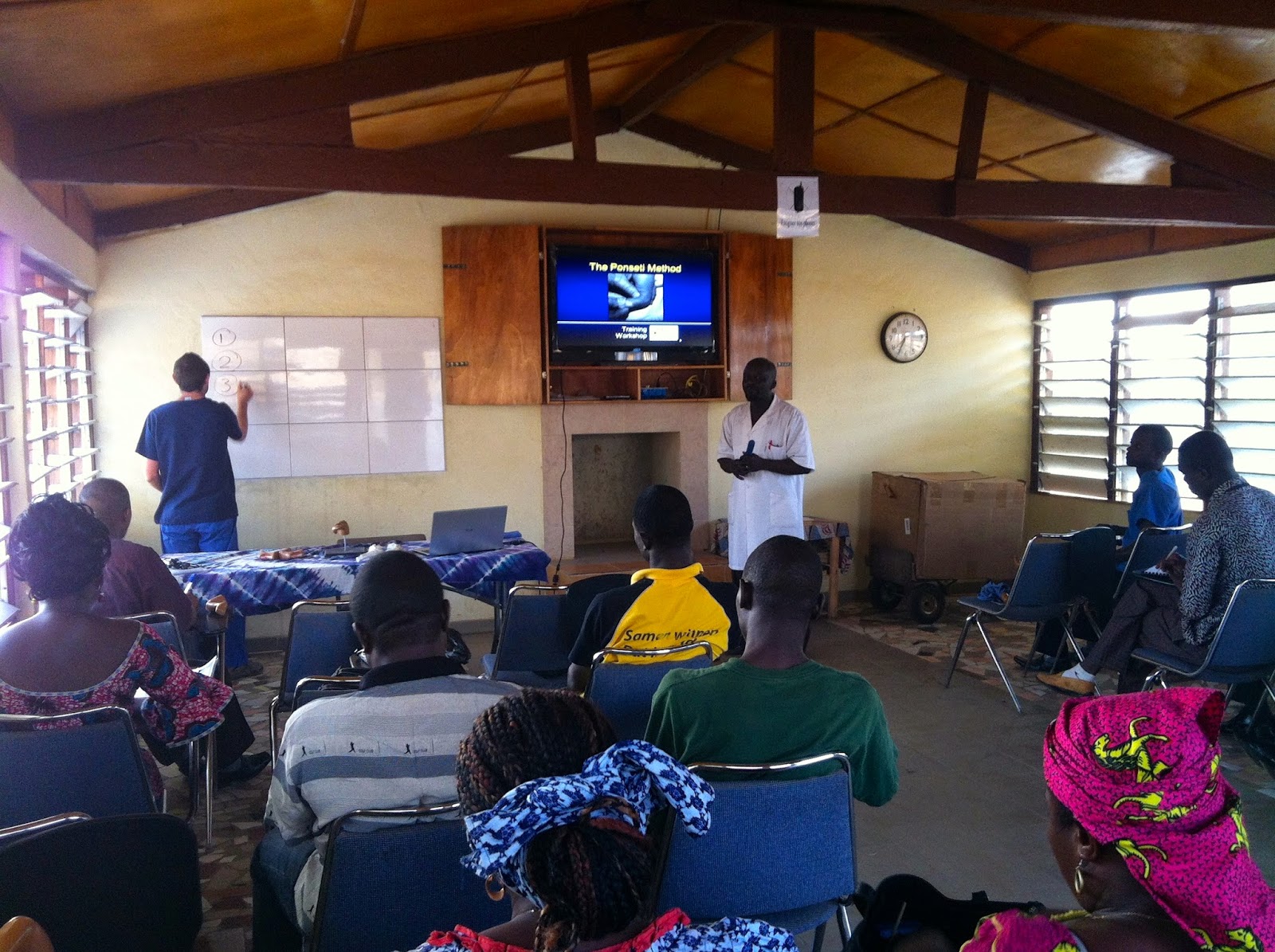 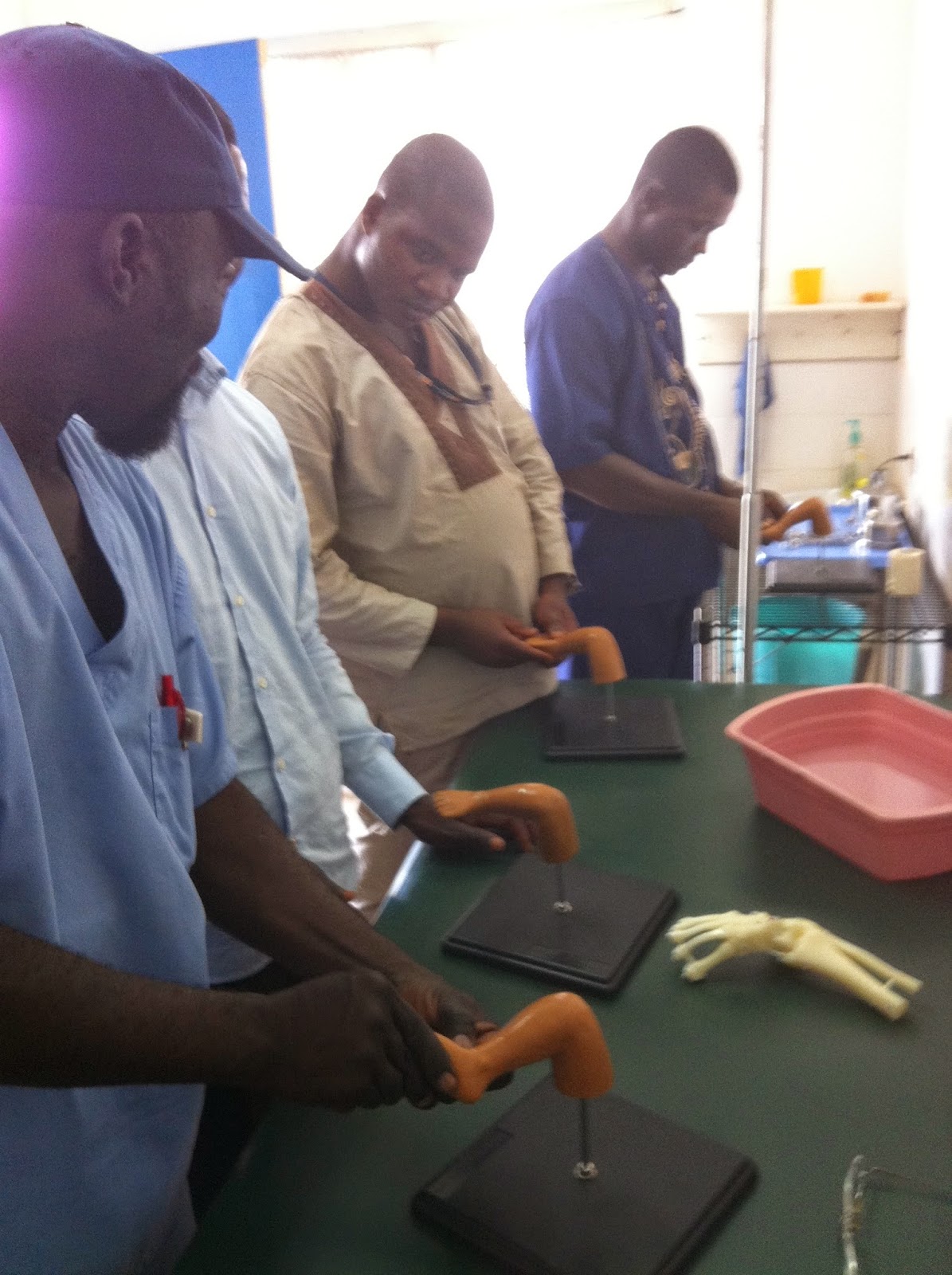 The trainees were great.

We had a bunch of cute clubfoot patients. 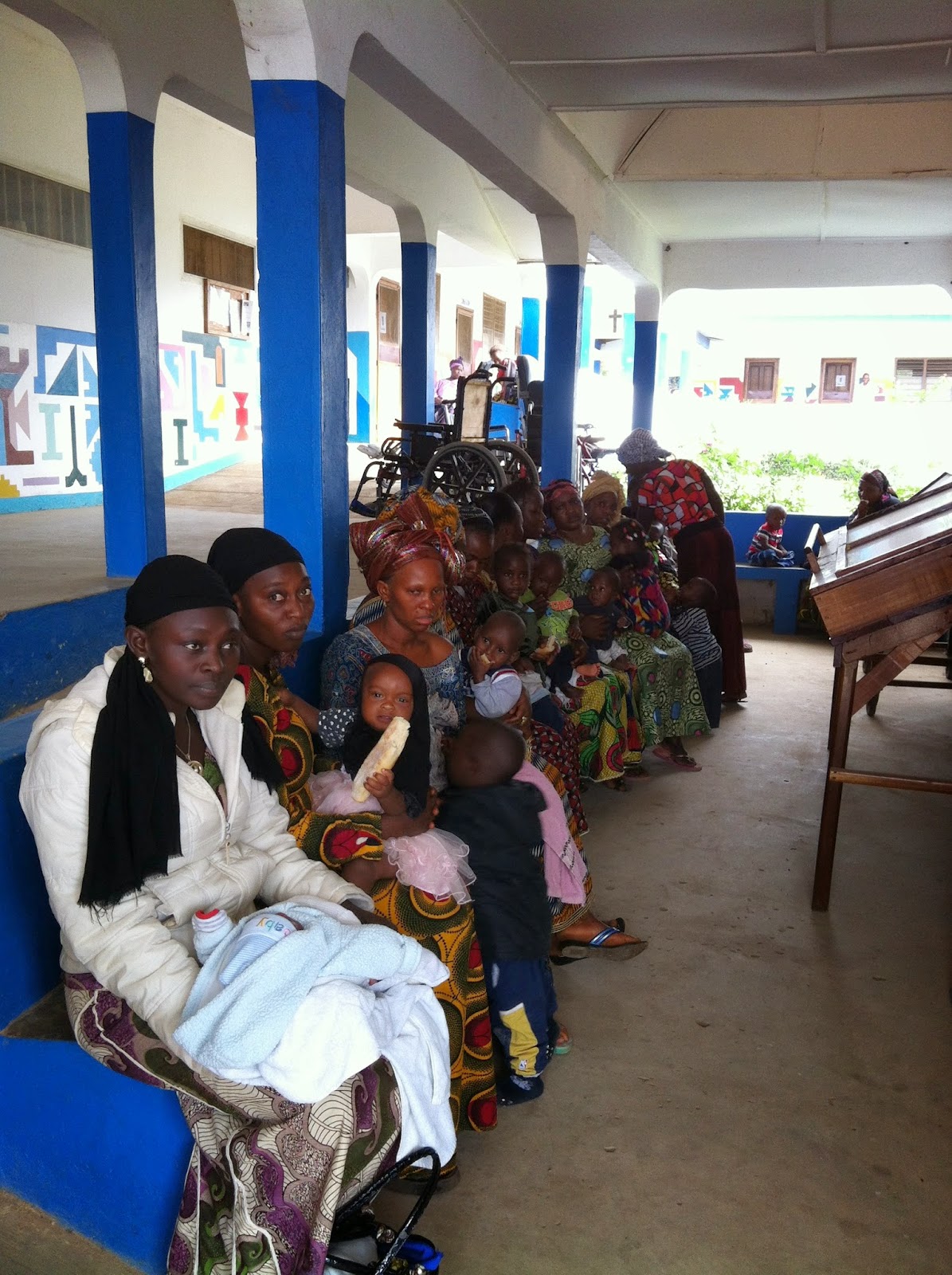 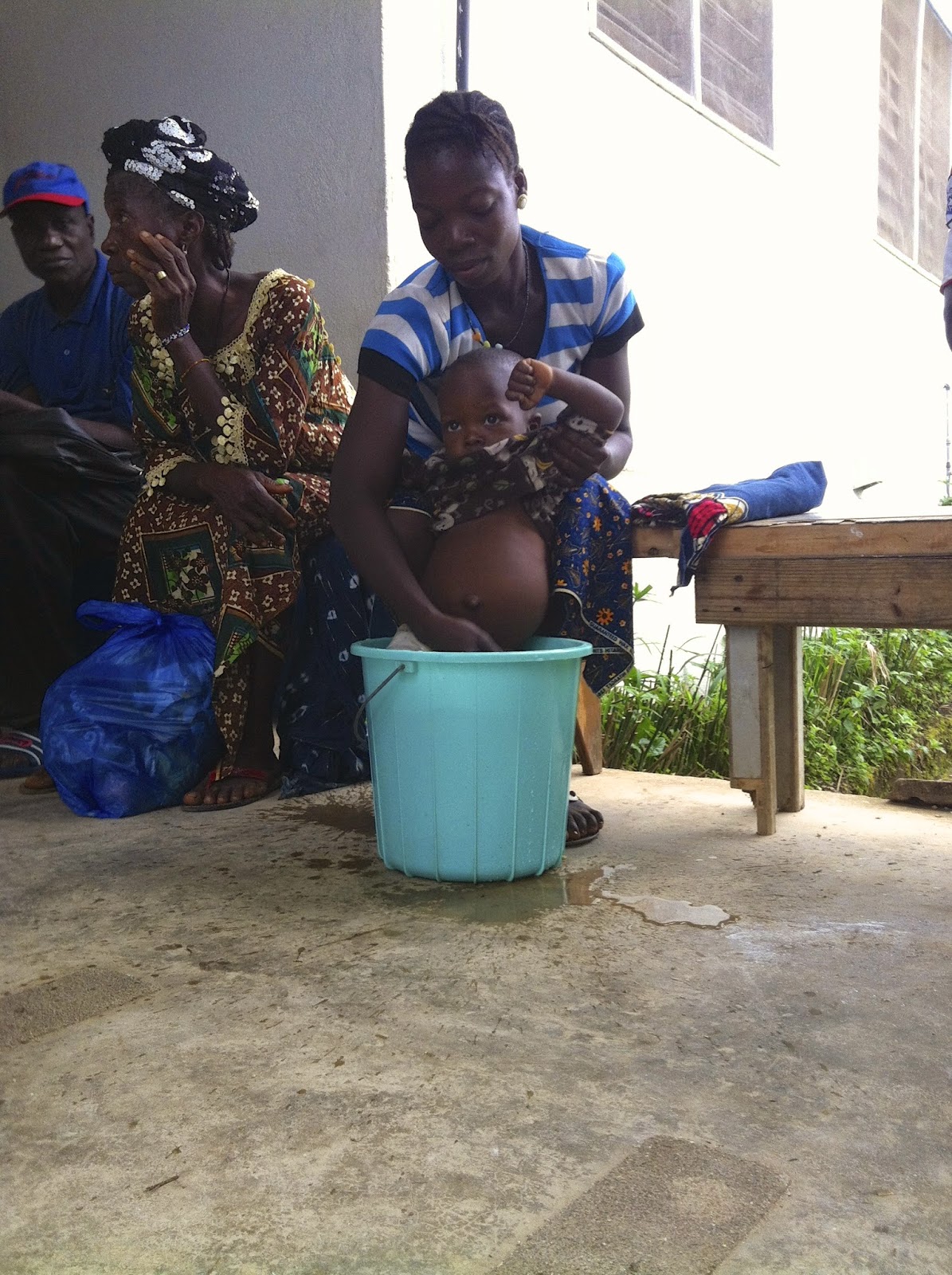 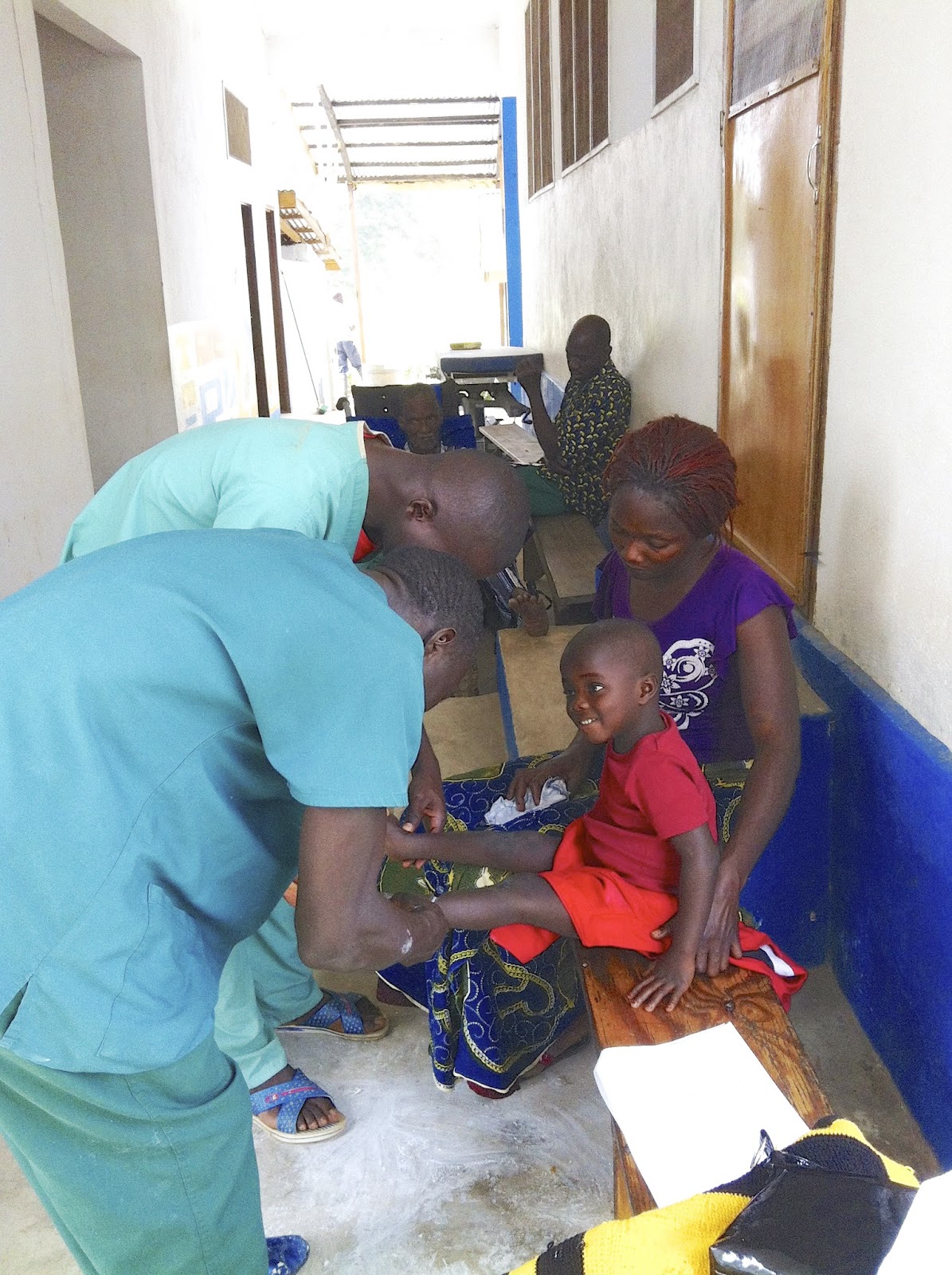 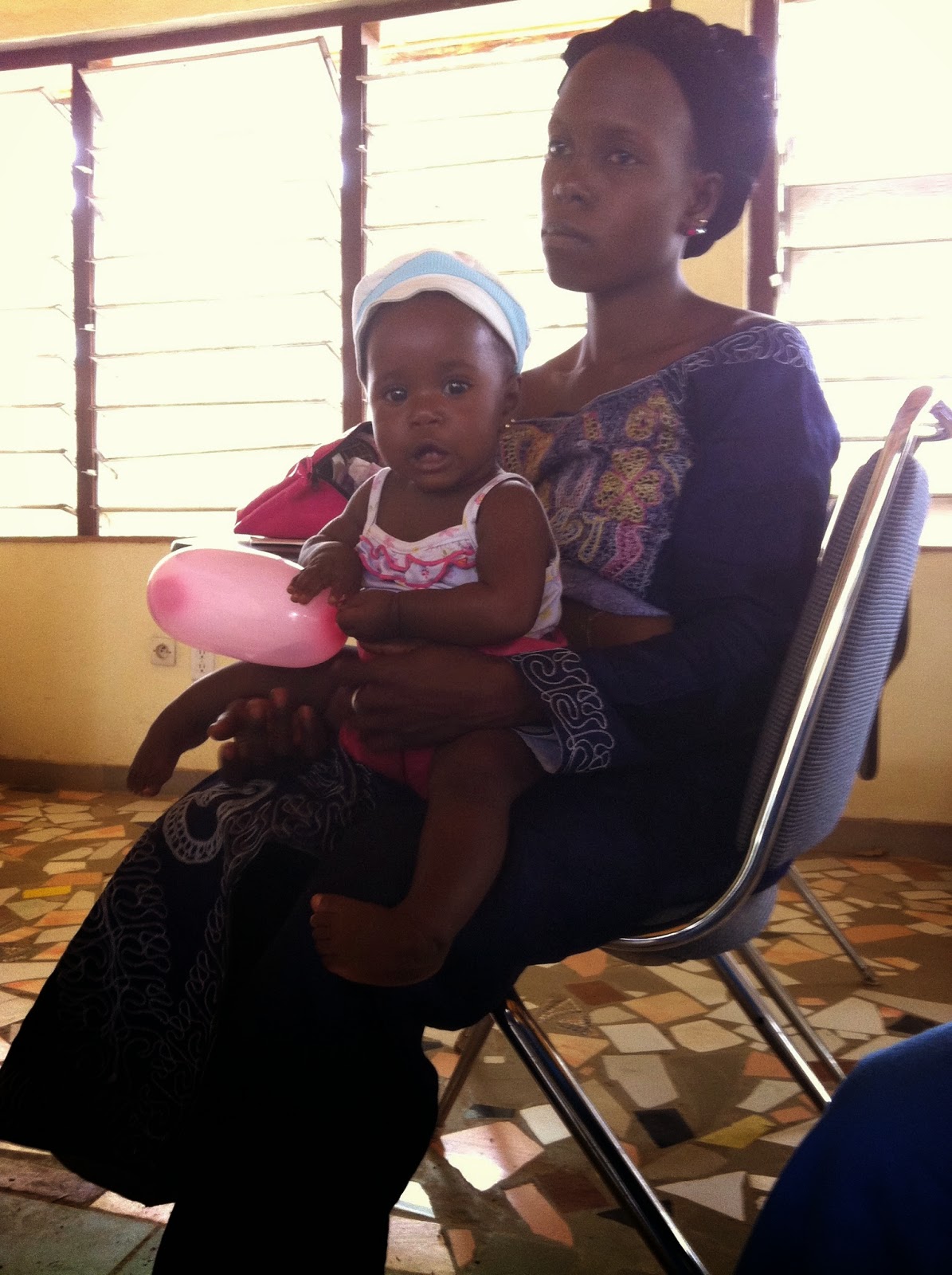 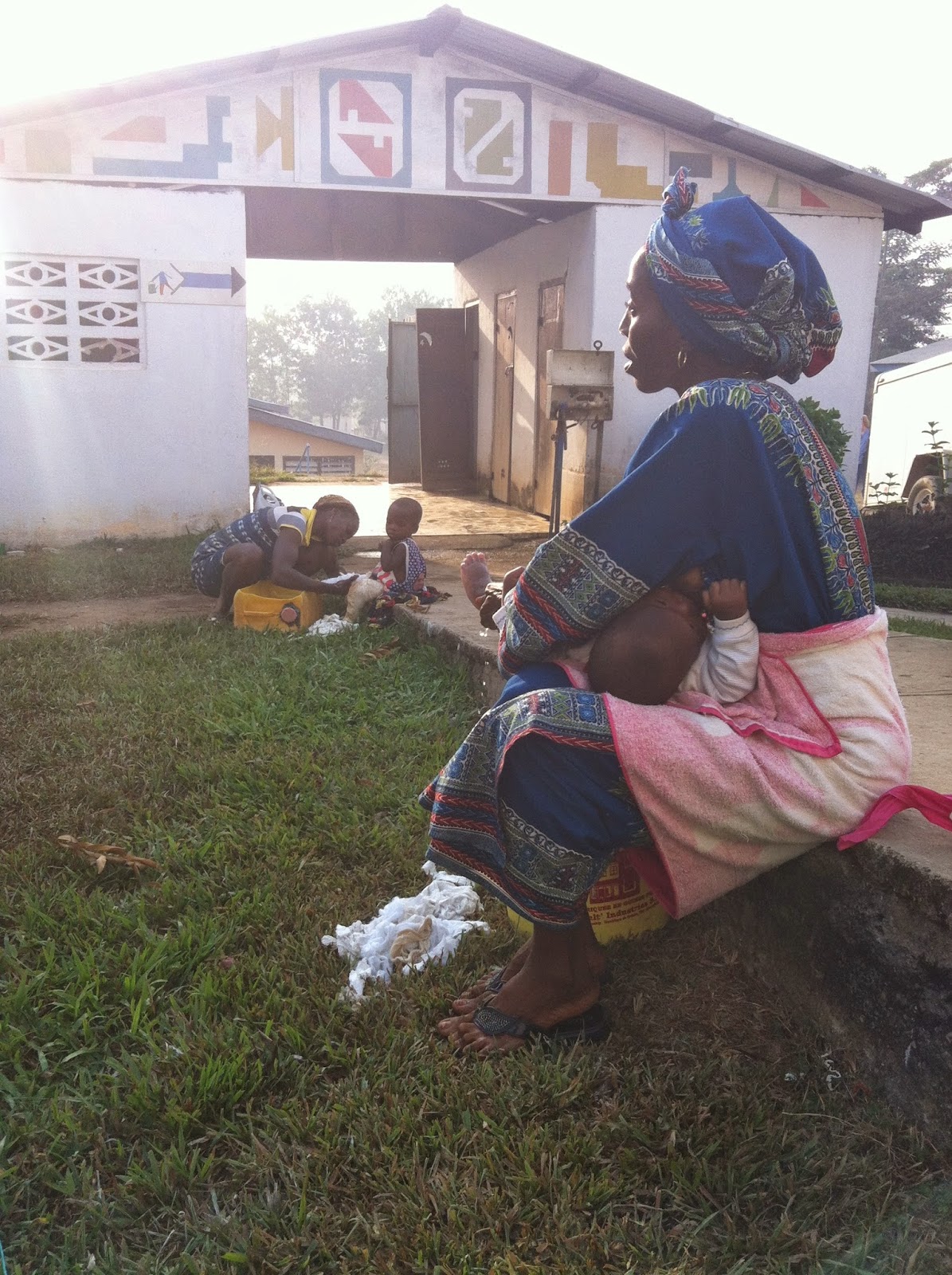 The trainees were learning well and it showed because all the clubfeet were being corrected. 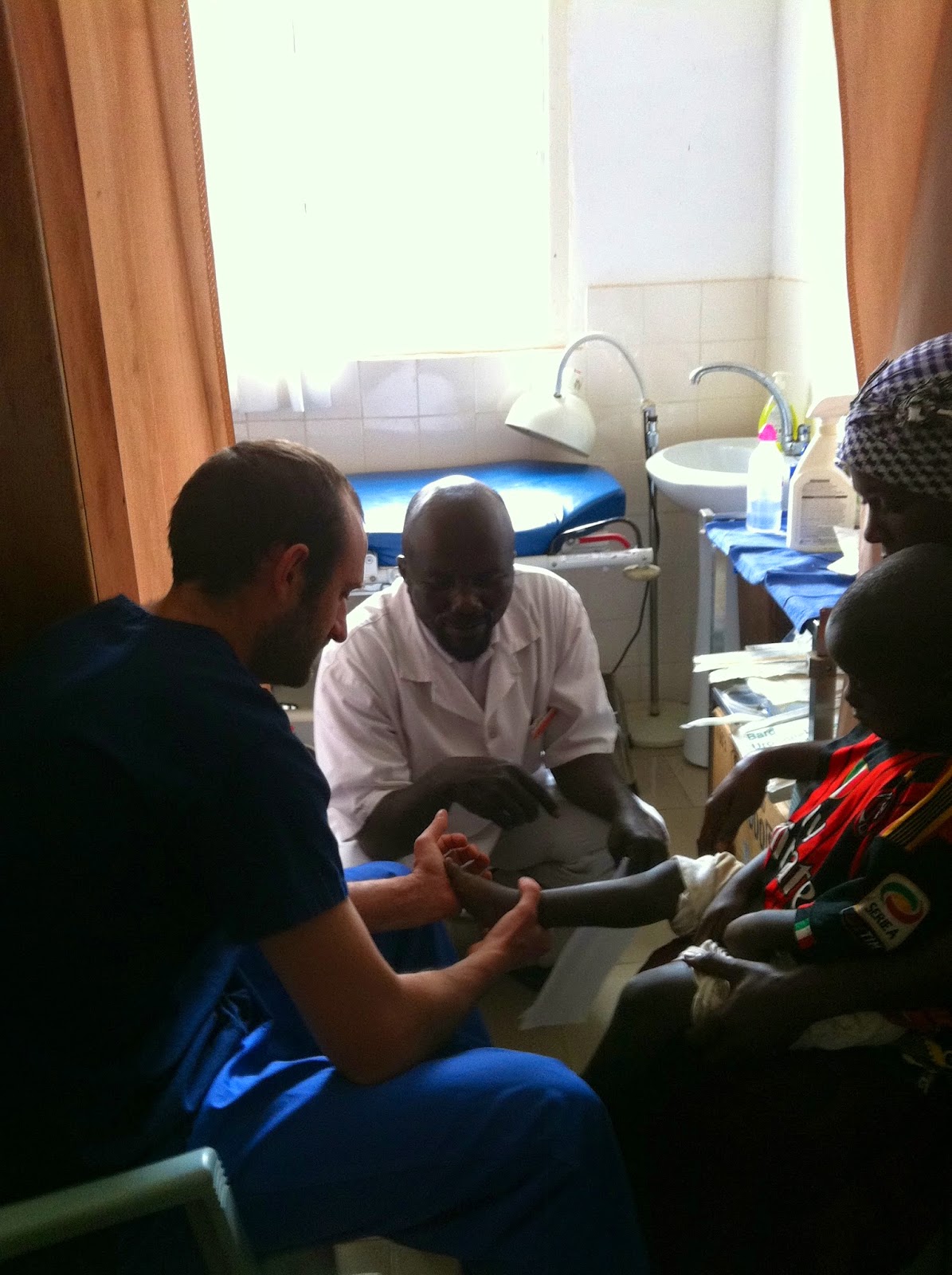 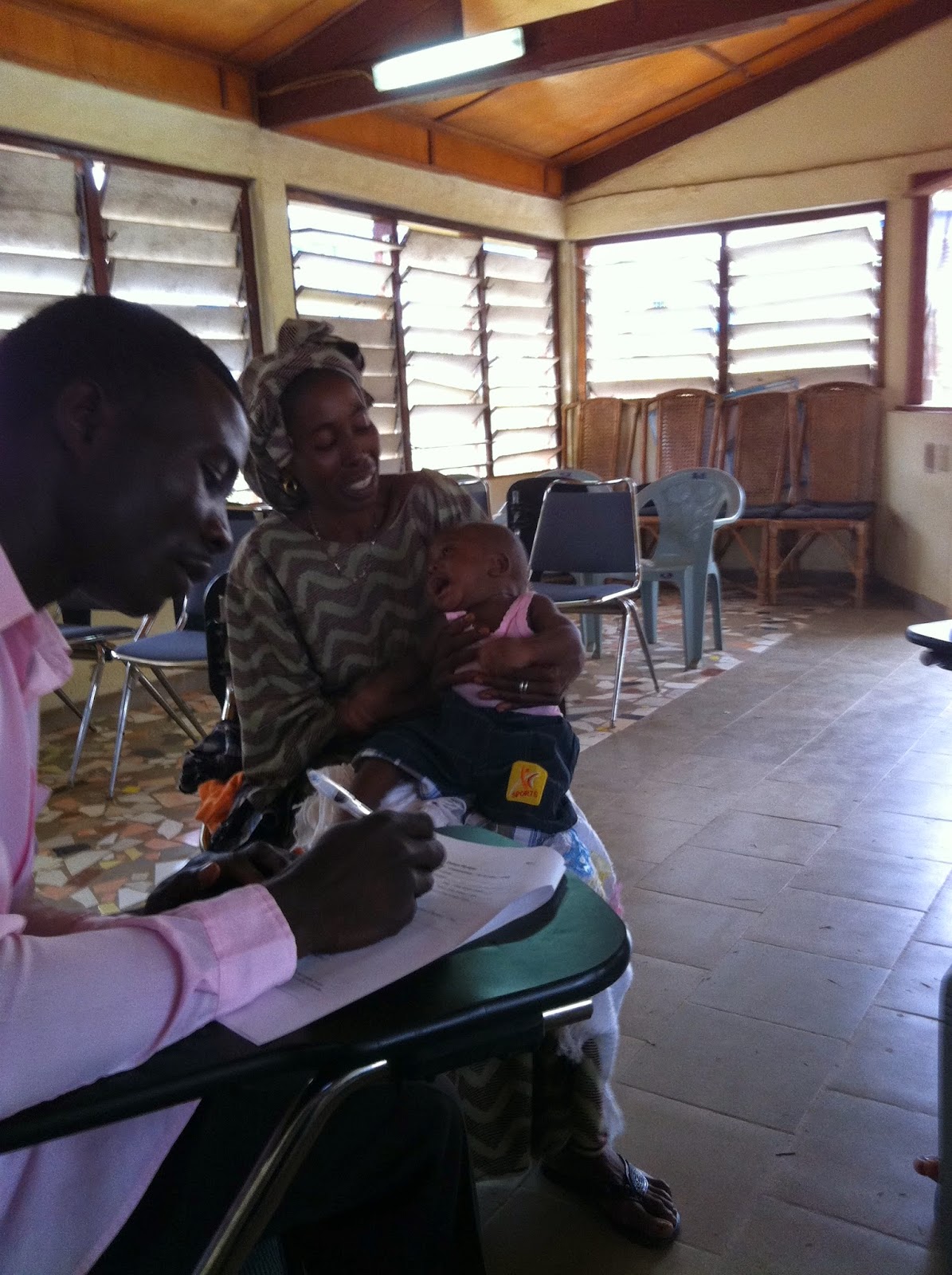 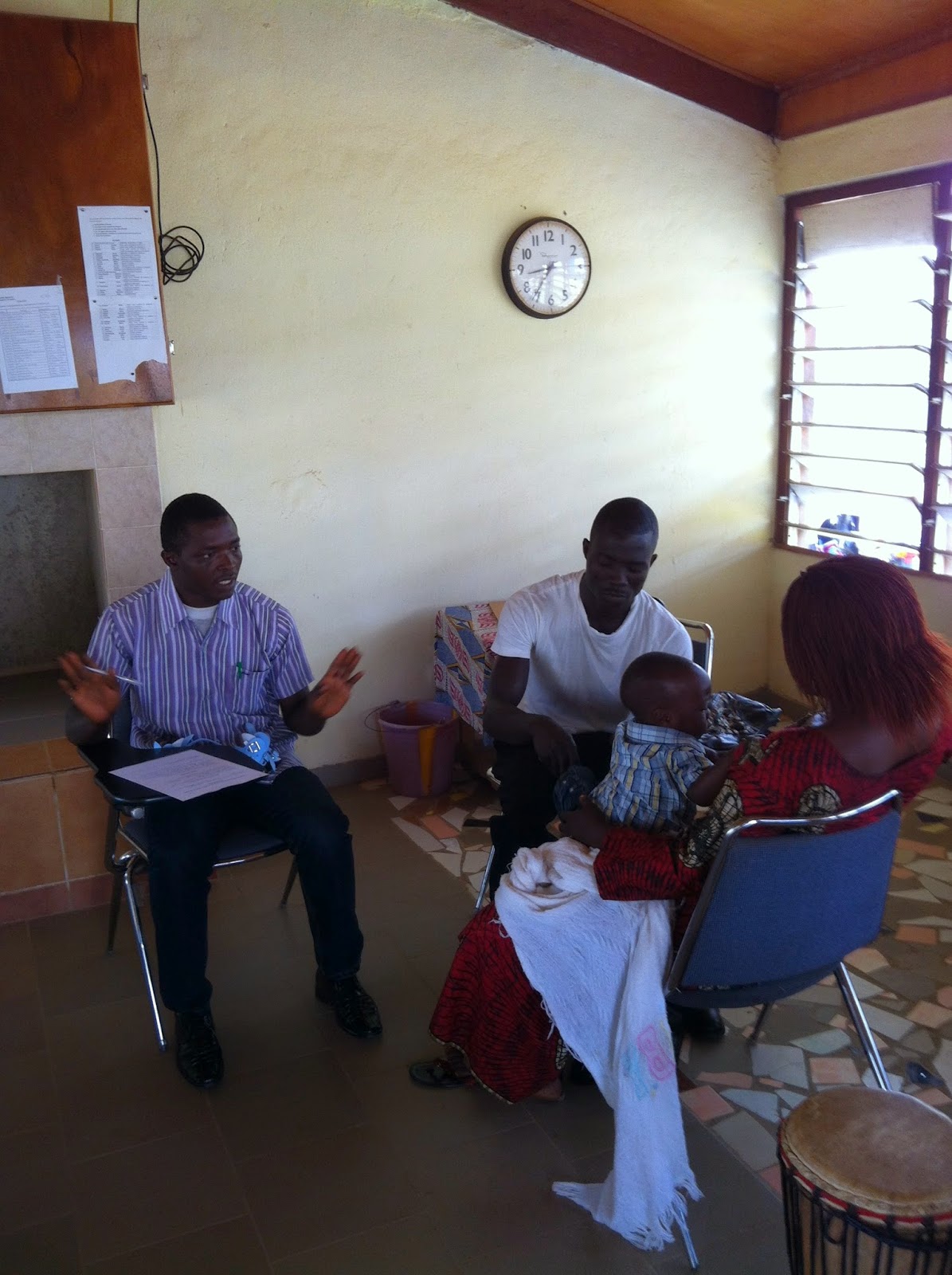 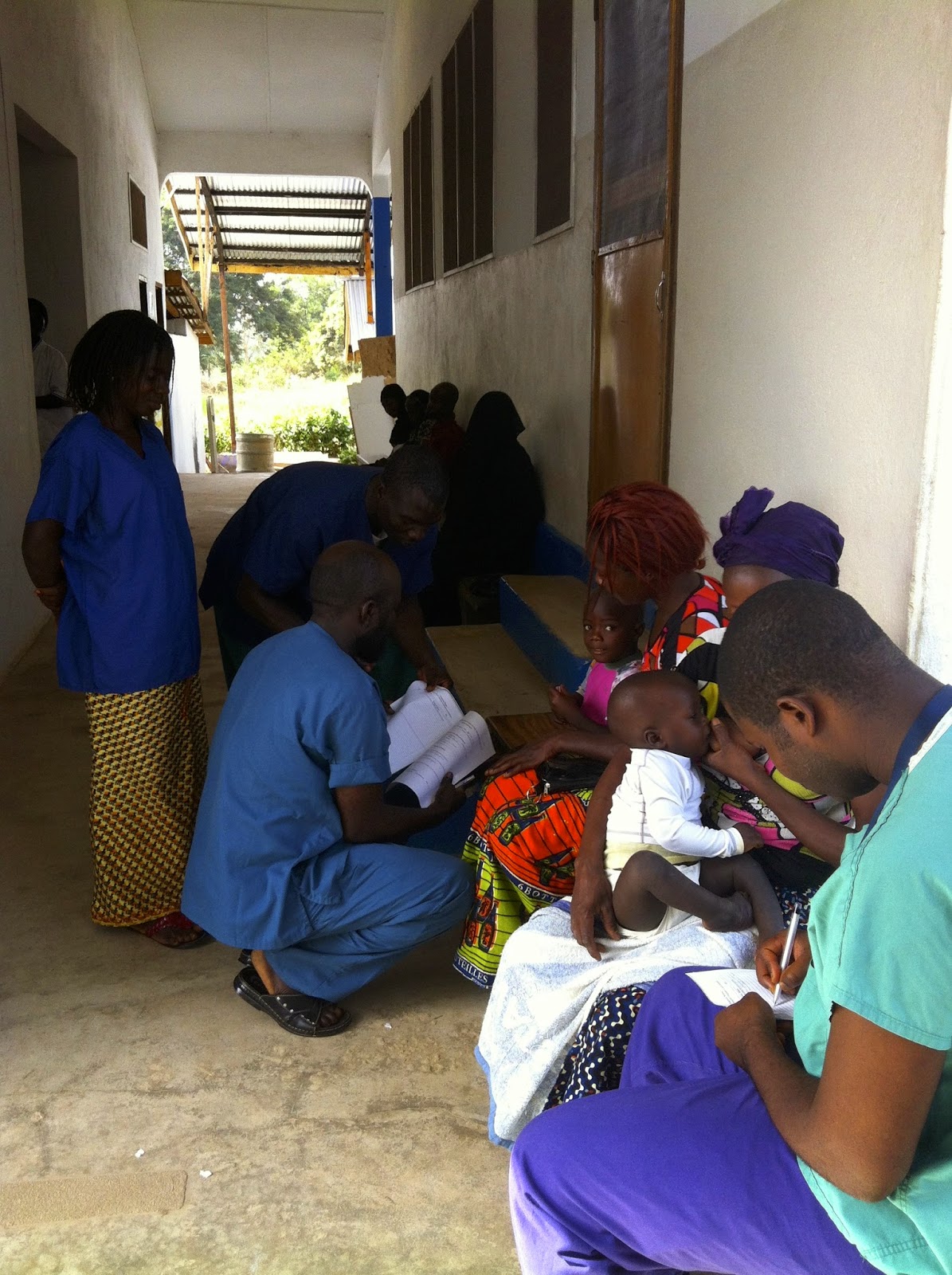 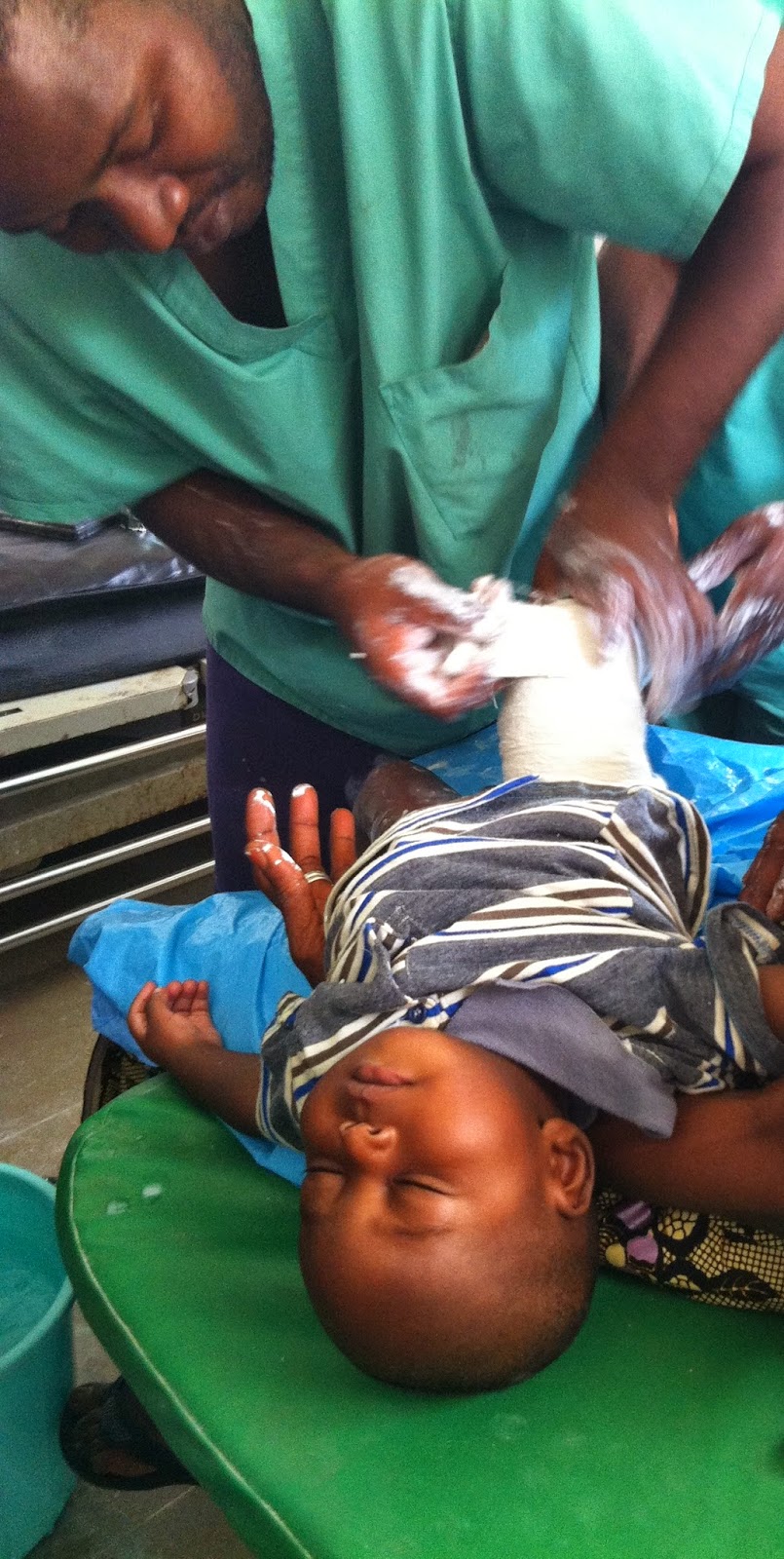 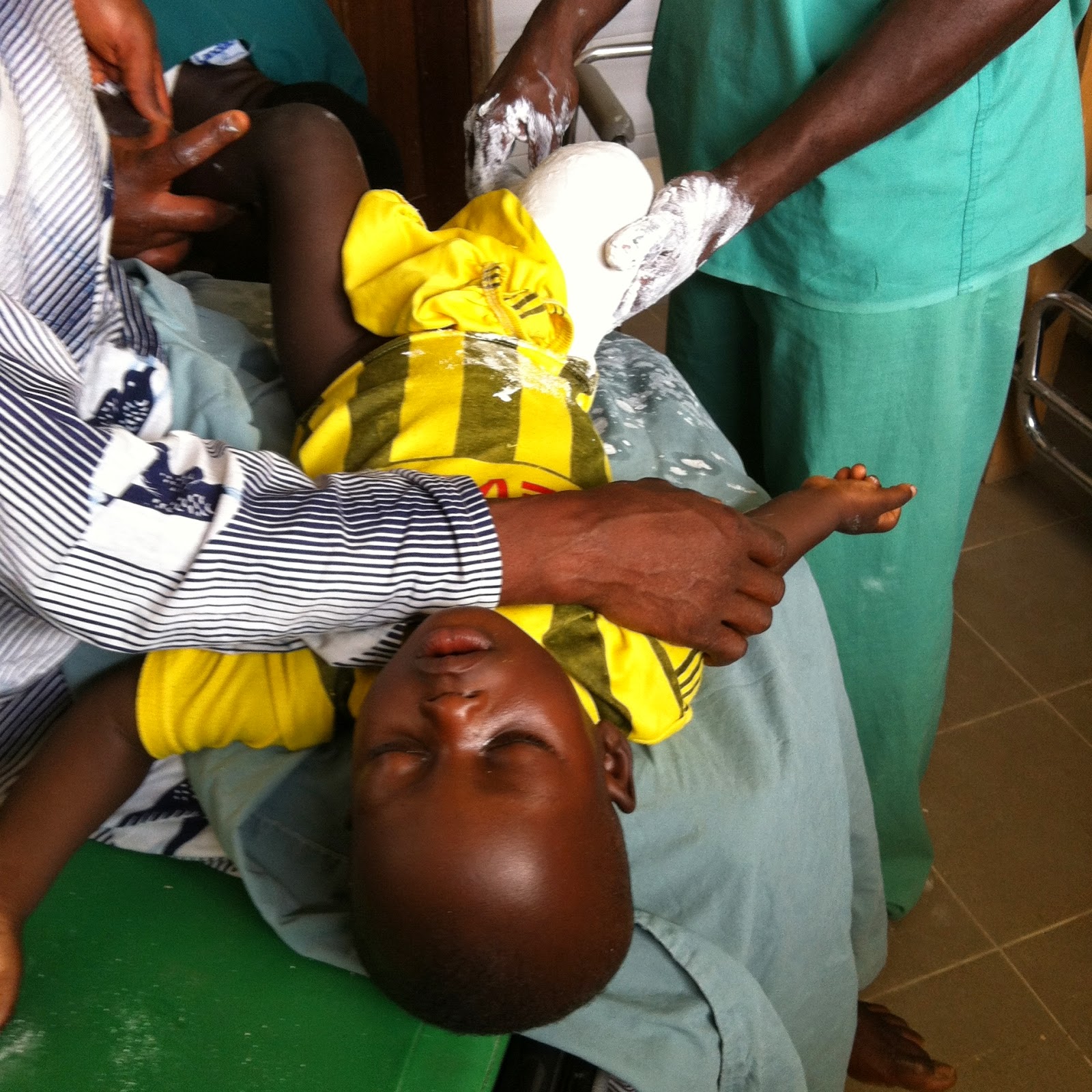 All the little clubfoot patients were improving. I even got offered a baby jungle cat as a present from a grateful parent. I was told that it was like a Panther and all I needed to do was pull its teeth out and clip its claws when it grew up.

It was so encouraging to see the trainees correcting all these clubfeet.


It was quite busy with all the clubfeet that we were treating.

This video gives you an idea of a typical day.

Anyways it really started to feel like a home away from home.

BUT then we got news of the Ebola outbreak in South East Guinea. 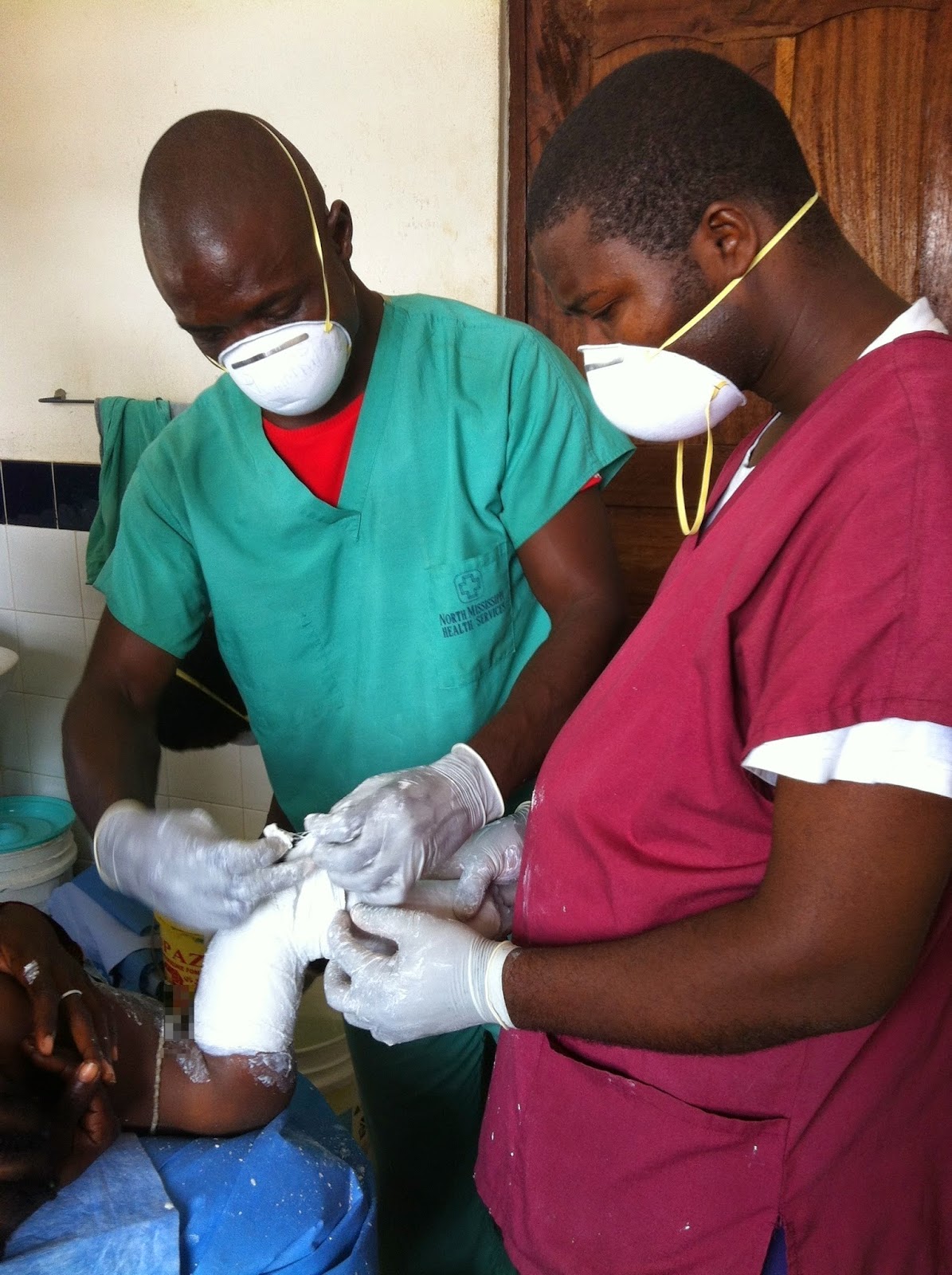 Ebola is a very deadly virus that kills up to 90% of people affected and has no cure.
So it was quite serious.

Anyways, to cut a long story very short I was evacuated out of N’zao back to Brisbane.

Ok so that's the second instalment.

When I get some more downtime I'll update you on the third instalment which covers my trip back to Conakry which was right through the heart of the Ebola outbreak.

Posted by Nick Veltjens at 2:02 PM

Just wanted to give an update on the roller coaster ride that has been my last couple of months (in three instalments).

I am a very visual person so I have put together some maps together to explain things a little :) 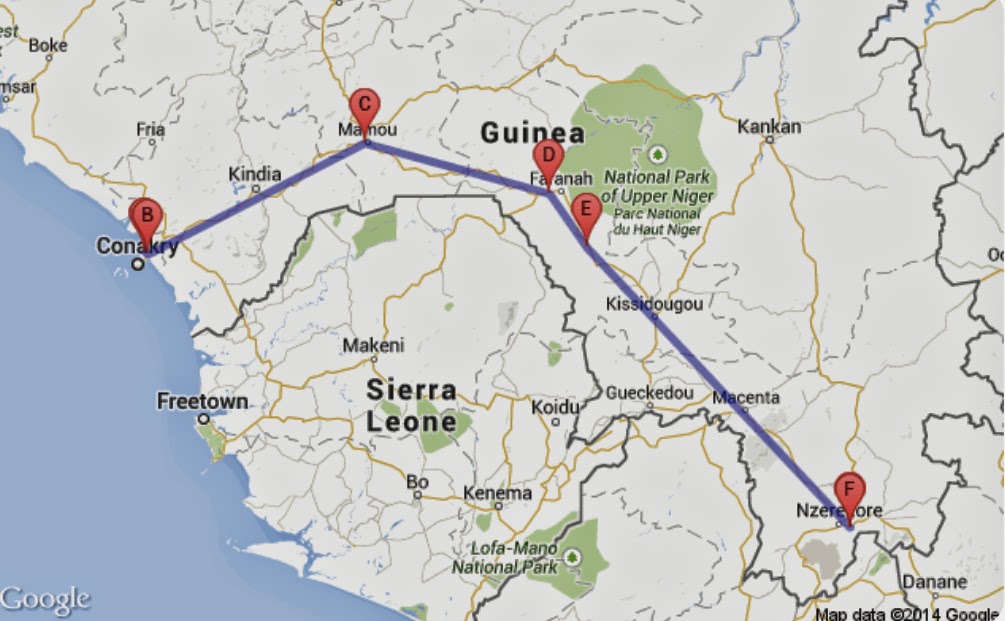 I was sent to Hope Medical Centre to teach them how to treat clubfeet with the Ponseti Method.

Click on the link for a quick video tour of Hope Medical Centre :)

And I absolutely loved every minute of it.

After being there for 7 weeks it really started to feel like home.

Click on the link for a super quick tour of the awesome place I called home.
http://instagram.com/p/lKt9MKQnmE/

I was getting use to the cold showers.

I started playing football for a local team.

I got use to uninvited guests…

Like a Green Mamba snake in the house.
At one point I even found a lizard in my bed.

I started helping the neighbours get the chickens out of the tree. (They are up there to stay away from the snakes).


I even had my own little dance class.

I was learning the Jimbae. 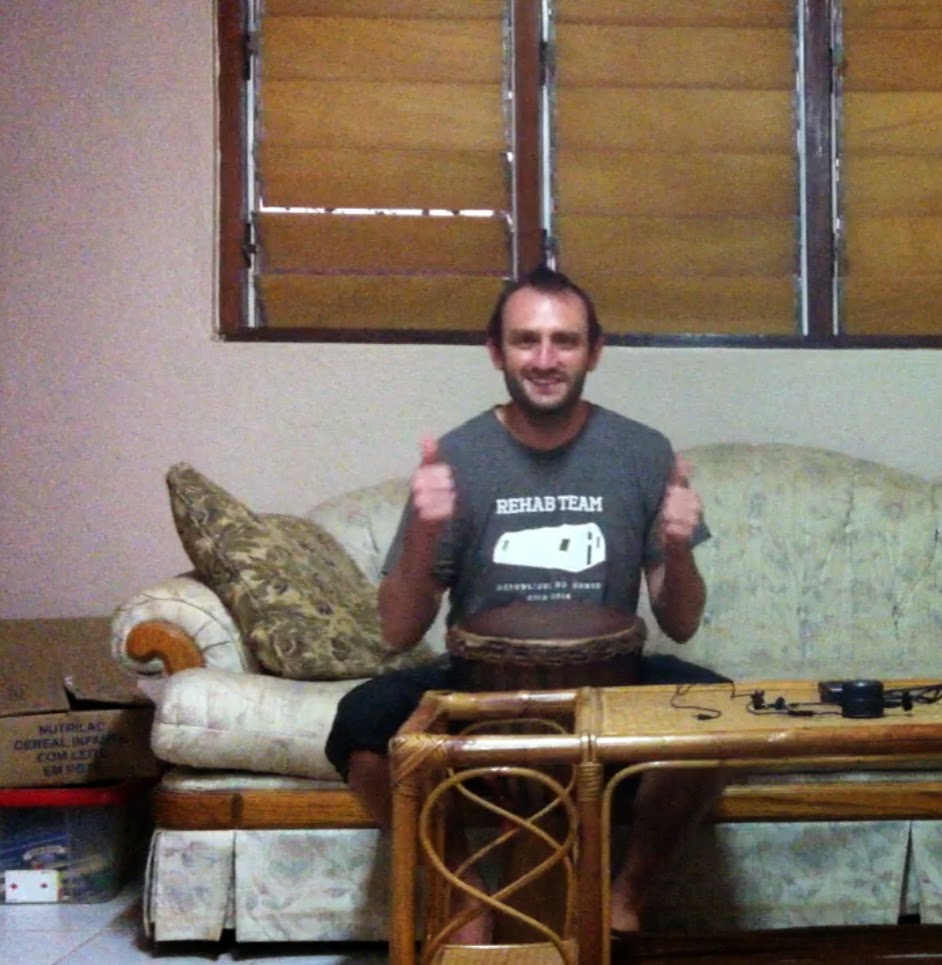 So what happened next???

When I get some more down time I'll send through an update on how I got evacuated because of the Ebola Virus. But just to let everyone know I am safe and sound and back in Brisbane now :)

Posted by Nick Veltjens at 5:27 PM